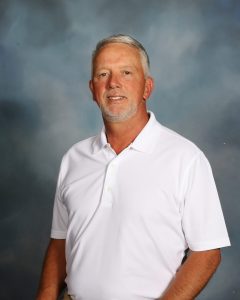 Westmoreland Principal Rick Duffer has officially withdrawn his application for the position of Director of Schools in Macon County.

In an email sent to ‘The Macon County Chronicle’ Duffer stated, “After much thought and consideration, I have decided to withdraw as a candidate for the Director’s Job with the Macon County School System. The board’s action to set a salary cap has rendered me unable to accept the position as it would be a decrease in pay from my current salary as principal at Westmoreland High School. For those who have been transparent, honest and supportive throughout this journey, I offer a sincere “thank you” and wish you much luck in your quest to provide for yourselves and your community the leadership that is needed!”

On Sep 8th at the Macon County Board’s regular session meeting the board voted to cap the base salary line of the new Director at $114,000, which is based on a four-part formula suggested by the state.

After a first round of interviews and selection, Duffer was originally tapped by the Board to be the next Director of Schools. However an injunction against that action was filed, which prevented the board from hiring anyone due to the general election this year.

After a second round of applications and interviews Shawn Carter, who has been the Supervisor of Instruction at the Macon County Board, remains as the only candidate in the search. A second interview with Carter was held Monday Sep 19th at Macon County High School.