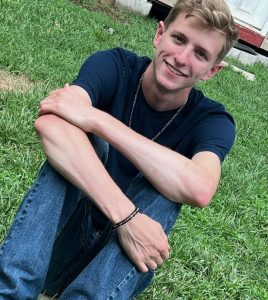 Eighteen-year-old Levi Matthew Cassidy, of Macon County, died from injuries he sustained in a one-car crash on Cold Springs Road at the Anchor Lane intersection, on Friday, November 11, 2022.

According to the report from the Tennessee Highway Patrol, Levi Cassidy was driving east on Cold Springs Road in a 2007 Nissan 350 Coupe, when he lost control on a hill crest curve to the right. It had been raining earlier in the day and the road was wet. The vehicle traveled off the right side of the road into a ditch. The front of the vehicle struck a standing tree in a yard. The vehicle continued traveling east in the yard where it struck the ground and then struck another tree where it came to final rest. He was wearing a seat belt.

Levi was transported to Vanderbilt University Medical Center where he died from his injuries.

Funeral services for Levi Matthew Cassidy will be conducted Tuesday afternoon (today), November 15, at 2:00 p.m. from the chapel of the Anderson & Son Funeral Home in Lafayette with Brother Michael Horton officiating. Interment will follow in the Anderson & Son Memorial Park.