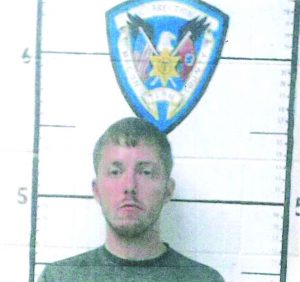 According to the affidavit of complaint filed by Detective Danny Meador of the Macon County Sheriff’s Department, Terry Lee Strong committed burglary and theft of property on November 14, 2022.

The report states that Strong accessed a gate and entered a barn located in a field. He then pulled two trailers out of the barn, hooked his vehicle to them and pulled them to his residence.

He then reportedly drove to Cookeville, Tennessee, where he sold both trailers to the same person.

Mr. Strong was identified by the buyer as the person who sold him the trailers in a photo lineup.

In an interview with Detective Meador, Mr. Strong is said to have admitted to intentionally depriving the owner of the trailers.

During the interview, Strong also admitted to a July 2022 theft on Gamaliel Rd., in which he is accused of stealing a generator from a man he was doing work for.

Strong was charged with two counts of theft of property and burglary. His bond was set at $17,500 and he is scheduled to appear in general sessions court on January 18, 2023.