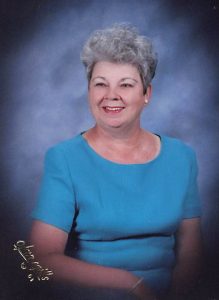 Sina Ann Smith Lancaster was born June 4, 1939 in Smith County, Tennessee, a daughter born to the late Luster and Dovie Holleman Smith and departed this life September 12, 2022 at the age of 83 years, 3 months and 8 days. She was married to James Leslie Lancaster who preceded her in death on September 5, 2014. In addition to her husband and parents, she was also preceded in death by son “P-nut” Jerry Lee Lancaster, Brothers, Tommy and Bobby Smith. Sina was a retired funeral assistant from Anderson & Son Funeral Home & Sanderson Funeral Home, Sina was active in the Smith County Home Demonstration Club for many years, MCHS Alumni Association and a Member of MCHS Basketball Team from 1957-1958. She was a faithful tiger fan. Sina was also a lifelong member of the Mt. Tabor Missionary Baptist Church.