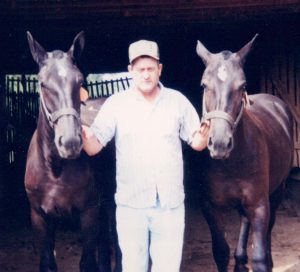 Timothy Lynn Hagan was born into this world on November 25, 1958, and departed this life for his Heavenly Home on Thursday, November 3, 2022, at the age of sixty-three years, eleven months, and nine days.

Timothy was preceded in death by his Birth Mother, Violet June Hagan; Father that raised him, R.H. “Grandpa” Hagan and Grandmother, Earline Hagan; Brother, Ricky Bewley; and Sister, Shirley Tuck. He married Melissa Ann Turner in 1975 and they were blessed with three children.

Timmy was saved by The Lord in April 1989 and was a member of Antioch Missionary Baptist Church. He was a self-employed farmer and he loved it. He loved working the land, cows, and his tractors. Timothy will be dearly missed by his family and all that knew and loved him. Timothy Lynn