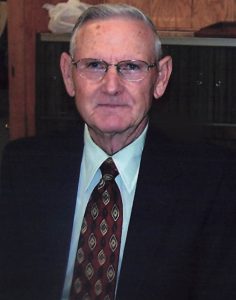 Robert Lee Petty was born January 19, 1936 in Smith County, TN, the son born to the late Walter Berry & Myrtle Mormon Petty, and departed this life November 6, 2022 at the age of 86 years, 9 months, & 18 days. He married the love of his life, Patty Ann Johnson Petty on October 14, 1961. They got to share 61 amazing years together. In addition to his parents, he was also preceded in death by sisters, Beatrice Sneed, Lucy Petty, Willa Belle Mathews, Brother, Baby Boy- William Howard Petty. Robert was a Veteran from the Army. He served from 1954-1958 in Ft. Knox and Ft. Campbell.
Robert joined Russell Hill Missionary Baptist Church by baptism in July of 1975. He was ordained as a Missionary Baptist Preacher in April of 1993 and preached on WEEN radio on the 4th and 5th Sunday of each month at 8:30 am for a number of years.