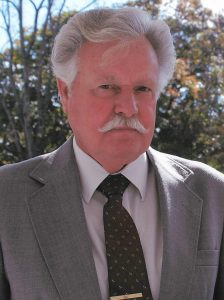 Charles Benton Wilkerson was born on September 14, 1943, to the late Freeland Harvey and Willie Pearl DeVault Wilkerson. He left this life on November 17, 2022, making his stay her 79 years, 2 months, and 3 days.

On October 26, 1963 he married Sandra Fay Knight. They shared 59 years together. To this union God blessed them with two sons. Charles Elon & Aaron Wade Wilkerson. God convicted him of his sins and as a teenager he was saved by God’s Grace at Hogan’s Creek Missionary Baptist Church. In April of 1992
he joined Rocky Mound Missionary Baptist Church and was baptized under its authority. In December 2004 he was ordained to the offi ce of deacon. He was a true and faithful member. Charles worked and retired from Avoco/Textron in Nashville. After his retirement he enjoyed farming and spending time with his family especially his great grandchildren. Charles was also a Mason and a member of Trammel Lodge in Westmoreland.