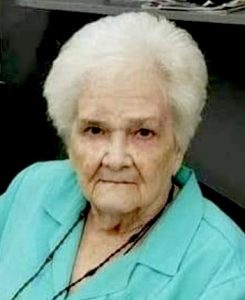 Edna was a member of Drapers Cross Roads Church of Christ. She worked as a sewing machine operator for over fifty-three years, beginning her career at Imperial Reading and finally retiring from Formfit Rogers. After retiring from the garment industry, Edna became a caregiver, assisting many families in the care of their loved ones. In her spare time, Edna loved sewing, quilting, and embroidery. She enjoyed growing flowers as well.

Funeral services for Ms. Edna Davis McCarter were conducted on Tuesday, November 15, 2022, from The Chapel of Alexander Funeral Home with Jack Honeycutt officiating. Interment followed in The Leonard Cemetery. Pallbearers were her grandsons. Alexander Funeral Home, Directors, in charge of arrangements. 615-666-2189 or www.alexanderfh.com