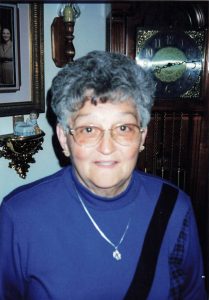 Wanda Holcomb Hagan was born February 7, 1934 in Monroe County, Kentucky, one of three siblings born to the late Lester & Artie Carter Holcomb. On July 4, 1951, she married the love of her life Robert D. Hagan who preceded her in death on August 27, 1990. They shared over 39 wonderful years together. In addition to her husband and parents, she was also preceded in death by her son, Ricky “Festus” Hagan. Wanda was a garment factory worker and was Missionary Baptist in belief.