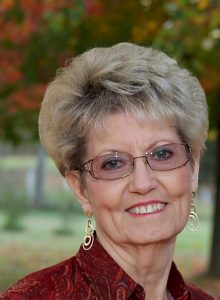 Ina Rhoton Davis was born September 23, 1936 in Boles County, Kentucky, One of nine siblings born to the late Reed & Flora Denton Rhoton. On June 20, 1956, she married the love of her life Lowell Thomas Davis who preceded her in death on March 20, 2019. They shared over 63 wonderful years together.

In addition to her husband and parents, she was preceded in death by her sister, Jackie Rhoton, brothers, Mike, Paul, Darrell and Carl Rhoton. Ina was a Homemaker and worked at Holley Carburetors in Bowling Green, KY and was a member of the Leonard Church of Christ.