The ultimate goal of any business, is to become the company that customers think of immediately and the one they feel best about whenever their product category is named.

It has been decades since the unmistakable aroma of popcorn first wafted through downtown Hartsville, but thanks to the late Johnny Russell’s son and daughter-in-law, James and Annie Belle Russell, they have kept the family business popping since 1925, when Johnny bought his first little popper for $25.

With unflagging popularity and ever increasing  success, James and Annie Belle have kept Johnny’s dream alive, operating  Russell’s Popcorn Service  from the historic Hartsville Methodist Church, at the intersection of Church and Main Street in downtown Hartsville across from the old Gay Theatre, that the family once owned, with James running the projector and selling popcorn.

Today, the flashing lights of the theatre marquee and the colorful popcorn stands that once graced many locations in the surrounding area may be gone, but the two popcorn experts keep the business thriving by spending several days each week at the “popcorn factory” heating up the poppers to fulfill obligations to their many distributors including 35 Kroger Grocery Stores, Piggy Wiggly, Foodland and smaller venues.

“The popcorn room is on the 3rd floor of the factory and a scoop of corn kernels is seasoned and poured into one of the three gas heated kettles,” James explained. “A cup of oil is added, and about two minutes later the kernels begin to explode into fluffy popcorn. A minute later, the contents of the whole kettle are dumped into a bin.”

According to James, the popcorn is then pushed to the end of the bin and into a tumbler that separates partially popped and unpopped kernels so all that pours into the holding bin two floors down are large, well-shaped pieces of popcorn. “On the ground floor,” James added, “Annie Belle places bags on a small shelf and lifts a clear acrylic gate on a chute, spilling a pound of popcorn at a time into bags. Once in the bag, she twists it a few times, applies a twist tie and boxes it.”

But James and Annie Belle also give credit to their three grown children, Ray, Gary and Lisa, who help out whenever their parents need them.

“When our equipment breaks down I call our son Ray Russell (Trousdale County Sheriff) to fix it,” James said, “and when we get in a bind Gary (co-owner of Foodland), helps us out also. Our daughter, Lisa Hancock, also pitches in, with labeling bags.”

James, who handles the distribution by himself, leaves around 4:00 a.m. to begin delivering popcorn from Bowling Green, Ky. to as far south as Columbia, Tennessee.

The late Johnny Russell had a popcorn stand on the corner in Lafayette back in the 1950s, as well as one on the square in Lebanon, back when it was called Russell’s Korn Crib.

James, who was friends with the late Britton Linville of Lafayette, previously sold to the Lafayette Little League, Babe Ruth, and also at the MCHS football and basketball games. The Russells still sell popcorn here in Lafayette during the fall for the pee wee football games sponsored by David Phillips, as well as Reese’s Piggly Wiggly.

Looking back, James and Annie Belle, who take great pride in the popularity of their popcorn, have enjoyed the work throughout the years, but at this stage in their lives, they are ready to retire. 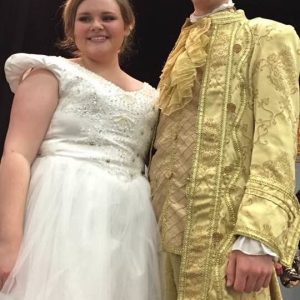 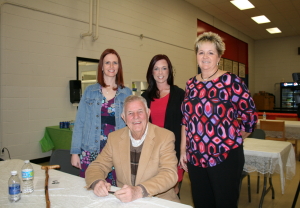 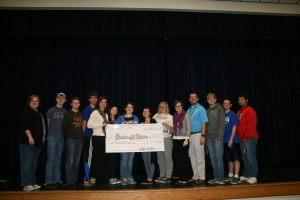 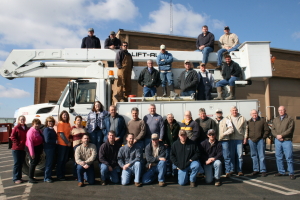 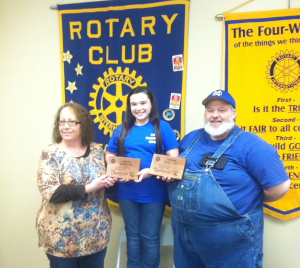