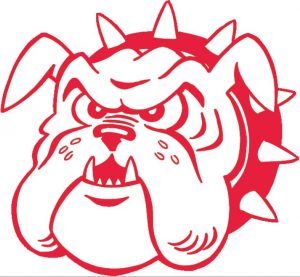 The Red Boiling Springs High School football team has made three long trips this season and last Friday night the Bulldogs traveled to Whitwell High School to take on a very good Tiger team. The Bulldogs lost by a final score of 59-9.

The drive was almost three hours but that was no excuse for a lopsided loss. Mistakes on both sides of the ball kept the Bulldogs from putting points on the scoreboard.

Link completed two passes to Tyler Lancaster for a total of 41 yards and Joseph Birdwell rushed for 34 yards to put the Bulldogs on the Tiger 17 yard line and Link split the uprights for three points. The Bulldogs would find the end zone for a touchdown on a four yard quarterback sneak by Aubry Link with 6:21 left in the contest.

Some stats from the game include Tyler Lancaster who caught seven passes for 72 yards and Lancaster rushed for 42 yards on nine carries. Link would finish with 92 yards passing on 16 attempts but he threw three interceptions. The Bulldogs had four turnovers for the entire game. The Bulldogs were penalized seven times for 71 yards. These penalties kept the Bulldogs out of the end zone late in the third quarter. The Bulldog record drops to 3-3.

The Bulldogs will return to the Dog Pound this Friday night to take on the Clay County Bulldogs who lost to Westmoreland 21-20 last Friday night. Clay County sports a 5-1 record. We need everyone there to support the Red Boiling Springs Bulldogs as this is a region game.