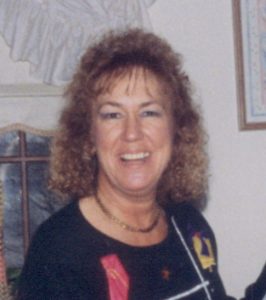 After many months of declining health and mental capabilities, the Lord saw fit to swiftly and peacefully bring an end to the life of Peggy Evetts Shoulders on Monday October 24, 2022. He sent his Angels to bring her Home to Heaven where she is basking in good health and enjoying the peace and tranquility of her Heavenly Home. Peggy was born on July 13, 1941, to Elwood and Anise Leath Evetts.

She was born in the Ebenezer Community where she spent the majority of her younger years.
Peggy was taken to Church at Ebenezer on a regular basis. She was saved as a young girl and joined Ebenezer Missionary Baptist Church where she remained a faithful member as long as her health allowed. When she could no longer drive, she had her brother, Bobby, pick her up and take her to Church. Peggy was a 1959 graduate of Macon County High School. She excelled in her studies and was an officer of the Beta Club, a member of the 4-H Club and the FHA. She was on the staff of the high school annual, The Progressor, and was a guard on the girls’ basketball team. After graduation, Peggy worked at True Look Manufacturing where she eventually became a supervisor over a select department. She later worked two jobs at the same time. She was full time at Bosch Manufacturing and was a part time worker at Wal-Mart.

Peggy was the proud parent of her daughter, Penny. As a little girl, Peggy always saw that Penny was dressed in her Sunday best for Church and special occasions. Peggy had a winning smile and a contagious laugh that would make any one around her want to hear more. She loved being around people and was sincere in her care and concern for others. While Peggy could still drive, one of her favorite things to do was to go to Bobby’s house each morning where they sat and drank coffee and reminisced for a while. Then, she would go outside and throw the ball back and forth to Bobby’s dog, Cooper. She sure loved that dog.

Peggy was preceded in death by her parents, Elwood and Anise Leath Evetts. She is survived by her daughter, Penny Carver, her brother, Bobby, and her sister, Pat. Both of Peggy’s Mom and Dad came from a large family, so she is also survived by many loving cousins, as well as her precious nephews and great nephews and great nieces. Written by Wanda Dickens, October 25, 2022.