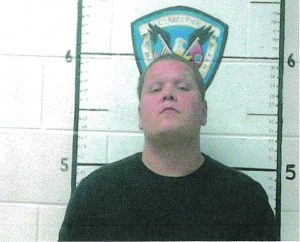 A Red Boiling Springs man was arrested for fraud by a home improvement provider after allegedly taking $8,125 from a couple for work on their home that was never completed.

According to an affidavit of complaint filed by Deputy Patrick Berry of the Macon County Sheriff’s Department, the victims reported they contacted 28-year-old James Wolverton to do work on their home, and paid him $6,450 on April 19, 2022 for the job.

He then stopped making contact with the victims, who texted and called him numerous times with no response until June 6, 2022. On that day, the victims claim he stated he would give them $3,000 and a screen door, however, he disappeared again.

The total amount taken for services was $8,125.

Copies of the contract agreement, job invoice and texts between the victims and Mr. Wolverton were given to authorities.

Following an investigation, probably cause was found and Wolverton was arrested and charged with Fraud: Actions by Home Improvement Provider on November 1, 2022.