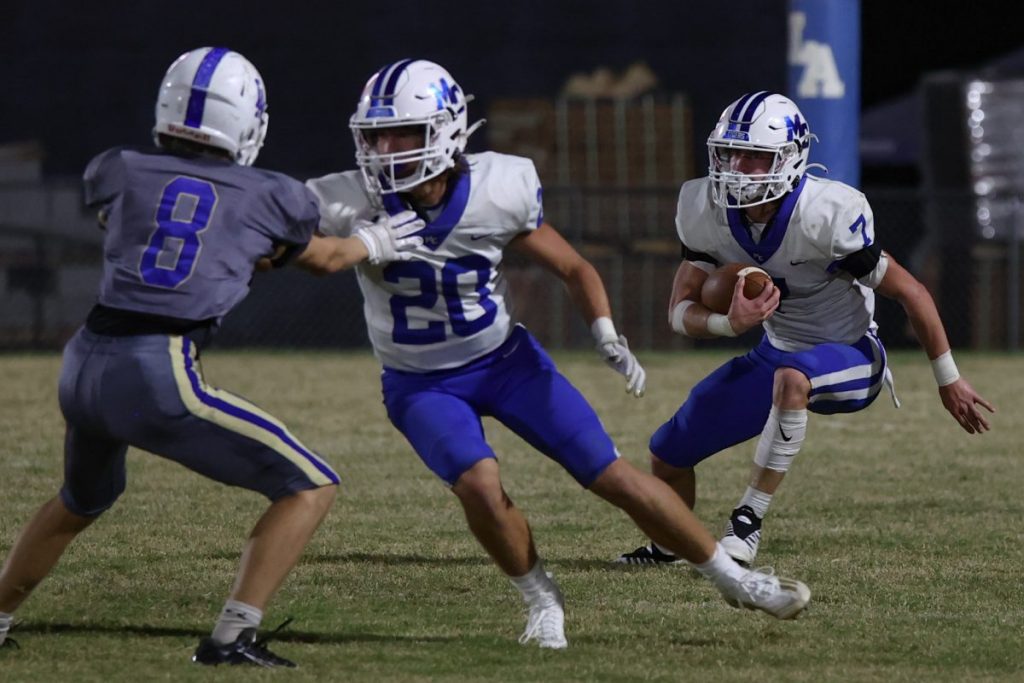 The Macon County High Tigers ran their record to 5-0 with a region win over Livingston Academy last Friday night. The 49-6 victory marks the first time the Tigers have held that record since the undefeated season of 1973.

Macon scored on the opening possession of the contest. Kyle Shockley hit Hayden Wix on an eight yard touchdown pass and Bryson Higgins made the PAT to give the Tigers a 7-0 lead. On the following series, Gabe Borders intercepted a Wildcat pass and returned it 29 yards for a score. Higgins added the PAT and with 8:03 left in the opening period Macon led 14-0. Livingston would score near the end of the first quarter to make it 14-6.

In the opening drive of the second quarter Macon went 70 yards in seven plays and Shockley hit Wix again for a 21 yard touchdown pitch-and-catch. Higgins PAT made it 21-6. On their next possession Shockley hit Borders on an 82 yard screen pass for a score. Higgins added the point after and Macon led 28-6 at the break.

On their first possession of the second half Shockley hit Luke Gammon for a two yard touchdown catch. With the PAT good by Higgins that made the score 35-6 with 3:14 left in the third. Coach Shoulders started sprinkling in his bench at that point.

You cannot tell the bench to not play hard. On the next possession Braden Warren scored on a 10 yard run and Higgins PAT made it 42-6. Again on the following possession Nate Green scored on a one yard rush and Higgins would add his fifth extra point kick. Final score Macon 49 Livingston 6.

Mason Swindle led all defenders with nine tackles with three for a loss. Jo Jo Scott had eight, Borders and JB Carter had five each, and Tyler Gregory and Riley Bolton had four each as well.

This week will be Homecoming for the 2022 season. Friday Macon County will renew the oldest rivalry in program history with the Portland Panthers at Pat Parker Memorial Field. Kick-off is scheduled for 7 pm.