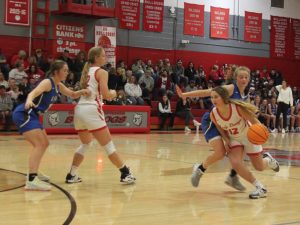 The 2022-2023 high school basketball season got underway last Friday night at Red Boiling Springs as the Lady Bulldogs played lights out in defeating White House 65-24. The Bulldogs won their game as they scored the last seven points of the game and a 62-57 win over White House also. A sold out crowd was on hand for the season opener.

The Lady Bulldogs gave the ball to All-State guard nominee Clara Fleming and Fleming scored the first 12 points of the game and the home team led 19-2 after the first quarter. Every Lady Bulldog shot lights out in the second quarter including Sophomore Chloe Powell who dialed long distance for nine points while Bre Thompson added eight points and Bailey Massengille added five points. Jose Green made a three pointer and the Lady Bulldogs led at the break 44-10. Every stat that we keep favored the Lady Bulldogs including steals and rebounds.

Red Boiling Springs played great defense forcing the Lady Blue Devils into 12 first half turnovers and 21 for the game. Every Lady Bulldog saw action in the first half including DeAwndia Polk, Kennedy Marshall and Emma Woodcock. Freshman Kianna Sampson saw action also. The Lady Blue Devils were much larger than Red Boiling Springs but quickness; all out speed, plus the home crowd gave the Lady Bulldogs energy that was unmatched.

The boys contest was close for the entire game as the Bulldogs led 11-9 after the first quarter and 29-18 at the break. Chris Hackney scored 11 first half points while Colton Copas chipped in with 15 points and Aubrey Link added three points and seven rebounds. The Blue Devils mounted a third quarter shooting barrage and came all the way back from a 11 points down to grab a 43-41 lead after three quarters. Once again the Bulldogs got eight points from Copas and seven points from Hackney.

Bulldog guard Brenton Powell gave the Bulldogs a boost by making two shots from three point range and the Bulldog guard Riley Thompson had five steals to aid the Bulldogs. The game was tied on three different occasions in the fourth quarter. With 3:12 left in the game the Bulldogs trailed 53-48 but Copas nailed a three pointer and Hackney made three baskets while the Bulldogs defense forced five turnovers in the final two minutes. Made free throws sealed the win for the Bulldogs. A lot of credit needs to go to Bulldog head coach Andrew Mullinix who pieced this team together because of sickness and done a great in game of coaching.

Red Boiling Springs travels to Monterey on Monday night Nov. 21st and turn around and play at home the next night to play Van Buren High School. 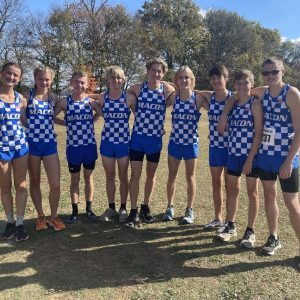