The Macon County High School softball team is easing their way into the heart of their schedule.

The week got started with a trip to Gordonsville on Mar 20th. Paige Clark threw 4 innings allowing 3 hits and no runs and had 5 strike-outs. Raini Gerometta came on in relief and threw 1 inning allowing no hits or runs and had 2 strike-outs. Jenna Russell went 2 for 3 scoring two runs and had 2 RBIs. A big highlight in the game was a two run home run by Allyson Shoulders in the top of the 4th. Macon went on to win 12-0 in five innings.

Macon made the long trip to Jamestown for their first district game against York Institute on Tuesday Mar 21st. Clark was again on the mound and notched another victory throwing 5 innings allowing 5 hits and no runs with one strike-out. Morgan Turner went 2 for 2 and scored two runs while Clark drove in three runs herself. Final score was Macon 8 York 0.

The Lady Tigers came home to face another 8AA opponent in Cannon County on Thursday Mar 23rd. Raini Gerometta threw 5 innings and allowed 6 hits and 1 earned run to get the win. Sarah Carter went 2 for 2 scoring 2 runs and had 3 RBIs while Russell went 2 for 4 with 2 RBIs and scored two runs. Macon won this game by a final of 12-1.

Macon County went to Cookeville to play in a tournament on the 24th and 25th. On Friday Macon lost to Anderson County 0-15 and defeated Heritage High 10-7. On Saturday they won a wild game against Neuqua Valley High 6-4 on two wild pitches in the final half inning and lost to John Marshall High 1-6.

Macon County schools are on spring break next week but the softball team will be in action at DeKalb Co on Mar 28th and will play in another two day tournament in Cookeville, hosted by Clay County, on Mar 31st and Apr 1st. 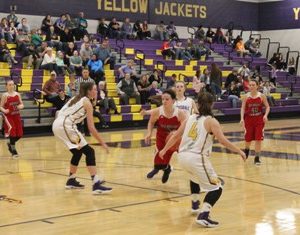