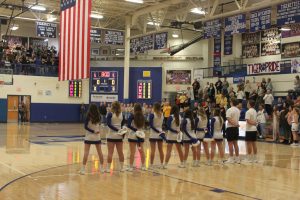 Both basketball squads at Macon County High School had a tough week on the ball court.

On Monday Dec 12th Macon County made up their home game against Clay County. This game looked to be a close one as Clay County pulled out to an early lead, 17-11 after the first quarter, only to have the Tigerettes go on a run to trail 25-26 at the break.

The Tigerettes did manage to take a lead early in the third quarter. Then the sloppy passes and turnovers mounted up. Clay County was able to make 20 of 24 free throws down the stretch due to the Tigerette fouls. The Lady Bulldogs pull away and get the win 70-57.

The Tigers also looked to be ready to play. This game was nip-and-tuck in the first quarter before the Bulldogs took a 29-24 lead at halftime. However the Tigers were very much in the game.

On Friday Dec 16th Macon County traveled to Livingston for a district contest. The Lady Wildcats jumped on Macon early and led 19-7 after the first period. However Macon was able to match the scoring in the second and trailed 23-35 at the break.

The Tigers just never got on track. Trailing 2-20 after the first period they never got into this game. At the break Livingston led 39-12. The second half was much of the same. Macon drops another district contest by a score of 36-57.

During the Christmas week both teams will be playing at the Clay County Christmas Classic. However, due to the predicted weather coming at the end of the week the games have been moved up. The Tigerettes are now scheduled to play Jackson County on Dec 20th at 3 pm with the Tigers following up at 4:30 with Jackson County as well. On Dec 21st the Tigers will play against the UC Rams at 1 pm with the Tigerettes following at 2:30 against Clay County again. 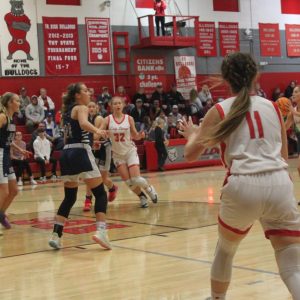